There are times when 50/50 odds look good, and times when they don’t. You’d be guaranteed a mass stampede for lottery tickets if people thought they had a one in two chance of hitting the jackpot, but offer those odds to a group of people queuing for a bungee jump and you wouldn’t get a lot of takers.

This month, UK consumer magazine Which? published its annual survey into the performance of Britain’s mobile networks. The report showed that — like bungee jumping — 4G service is marked by a series of ups and downs (which, like bungee jumping, probably makes a lot of people sick).

Customers of the UK’s four mobile networks have access to a 4G signal for less than 65% of the time on average, the report revealed. The four networks ranged between 72% 4G uptime for EE and just 50% for Three.

This is an important metric; distinct from coverage because it measures real service availability. UK customers may always be paying for the best connectivity operators are able to provide but, for some of them, the chances of getting it are 50/50.

4G service is often at its most frustratingly inadequate for users who are indoors, which is why so many public venues make Wi-Fi available to their customers.

Tesco, the UK’s largest grocery chain, is a case in point. Among the UK locations covered by Devicescape’s Curated Virtual Network of shared Wi-Fi, Tesco stores see some of the highest footfall, time spent connected, and Wi-Fi data consumption. This is partly a result of the large Tesco footprint, but it also reflects the up-and-down performance of mobile networks in spaces like Tesco Superstores.

The chart below shows the real connectivity available to a smartphone on the EE network during a walk-through of a Tesco Superstore carried out by Devicescape earlier this year. The LTE signal, in red, dropped like one of those bungee jumpers as soon as the device entered the store, only bouncing back as it left. 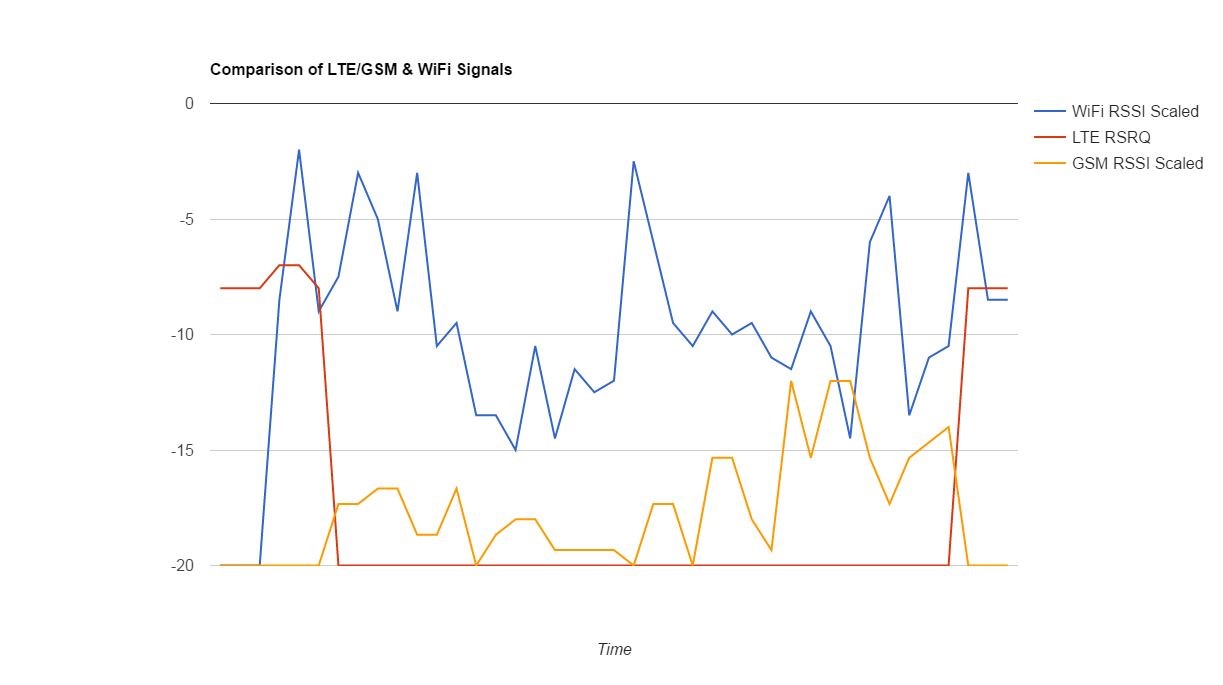 Smartphone Connectivity during a visit to a Tesco Superstore, 2017

The in-store Wi-Fi signal, shown by the blue line, offered consistently good connectivity for the duration of the visit in the absence of LTE.

As great as this is, many consumers might not know about the Wi-Fi, or might be unable or unwilling to go through the process of manually connecting to it. But for UK consumers with Devicescape-enabled smartphones, access to the Curated Virtual Network is entirely automated, meaning that, even in locations where the mobile signal plummets, connectivity stays up.

With Devicescape, continued connectivity in this venue and countless others throughout the UK retail, hospitality, leisure, service, and transport sectors, is a dead cert — not a gamble — and nobody gets left hanging.