Is Thursday The New Black Friday?

Black Friday exists to prove that Brick and Mortar retailers can still draw the crowds. Determined to make the most of the annual shopper deluge, many U.S. retailers opened their doors on Thanksgiving day itself in 2017, gambling that consumers wouldn’t be too turkey-stuffed to hit the stores.

It proved to be a safe bet. Devicescape monitored footfall at key retail locations over the Thanksgiving period and compared the results to visit numbers from the previous week.

Leading retailers including Target, Walmart, and Best Buy, all saw big spikes on Thursday evening. And most – but not all – enjoyed a good surge in traffic on Black Friday as well. 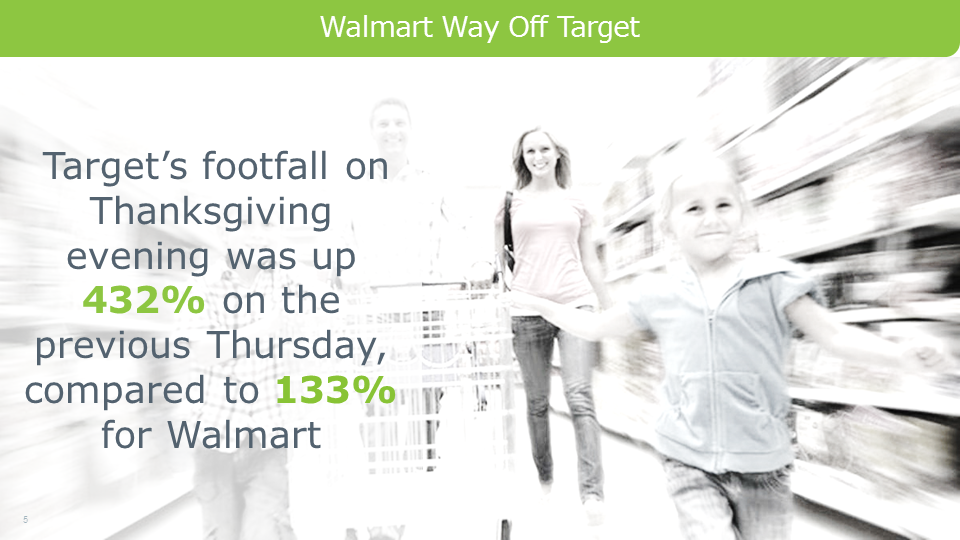 Target opened its doors at 6pm on Thanksgiving day, although our data showed crowds beginning to gather from 4pm. Between the hours of 6pm and 11pm on Thursday, we recorded a huge week on week increase in foot traffic for Target of 432%.

Walmart stayed open throughout Thursday but footfall didn’t really start to climb until late afternoon, as Black Friday deals became active. For the period between 5pm and 11pm foot traffic was up by 133% over the same period for the previous week.

Target didn’t only beat Walmart on Thursday evening. Our data shows that, while Target enjoyed a week on week footfall increase of 130% on Black Friday itself, Walmart’s traffic on Friday 24th was up by less than 12% on the previous week. 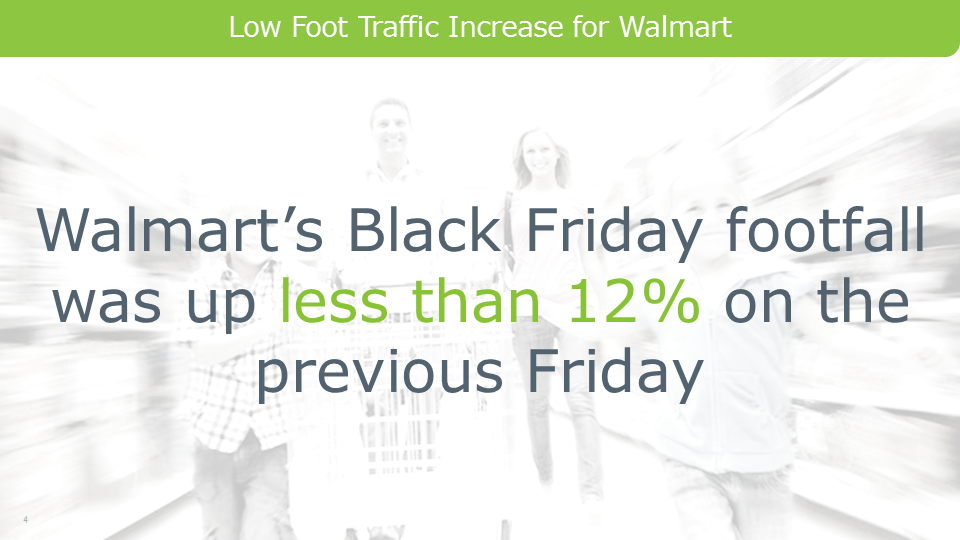 Across a wider group of retailers including Best Buy, Bloomingdale’s, Dillard’s, Famous Footwear, Kohl’s, Lowe’s, Macy’s, Nordstrom, and Gap, Black Friday foot traffic was up by a solid 190% on the previous Friday.

Of this group, only Best Buy saw a marked week on week increase in traffic on Thursday evening.

At supermarkets the impact was felt earlier in the week, perhaps reflecting a surge in shoppers stocking up for the holiday weekend.

We measured footfall at Hy-Vee, Kroger, Safeway, and Whole Foods Market. Across these four chains, foot traffic for the two days preceding Thanksgiving was up by 46% on the same two days during the previous week.

U.S. shoppers are still clearly prepared to turn out in numbers to get deals at brick and mortar retailers, with our 2017 data suggesting many are even willing to sacrifice the traditional Thanksgiving lunch to beat the crowds. Either that, or they are using a spot of tactical retail therapy to get a break from their families!