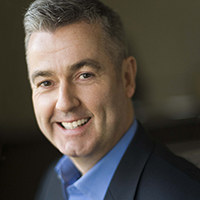 Dave Fraser brings 30 years of experience in designing, building, marketing, and managing software to his role as CEO of Devicescape. Dave is passionate about products that have a direct, positive impact on everyday life and in particular the role of intelligent, connected devices. At Devicescape, Dave helped initiate the concept of the curated virtual network that lies at the heart of the company’s service platform and enables integration of devices with exciting cloud-based applications and services.

Prior to joining Devicescape, Dave worked for Wind River (acquired by Intel), which grew to become the predominant software platform inside many of the devices powering—and accessing—the Internet. Over a 13-year period he held a variety of executive positions including chief marketing officer, senior VP product business, general manager of networking and consumer, and VP of engineering. Earlier in his career he managed product line marketing at Convergent Technologies (acquired by Unisys) and developed consumer applications at Hewlett-Packard.

Dave holds a bachelor’s degree (honors) in computer science from the University of Glasgow, Scotland. 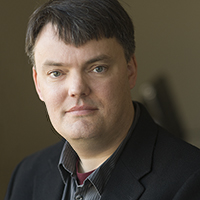 As CTO, John Gordon is responsible for making sure that the entire suite of Devicescape products fits together at a technical level, particularly the patented client-server hotspot login service, which he designed, and its associated device-based application. As the architect of that system, he spends much of his time online in cafes, restaurants, and shops testing new algorithms and Wi-Fi gadgets. He supports Devicescape sales and marketing with technical presentations, visits to customers, and appearances at technology events, as well as answering consumer questions and troubleshooting through the Devicescape forums.

John has over 20 years’ experience in embedding software in complex devices ranging from naval EW systems to consumer electronics. At Wind River he was a key member of the core VxWorks kernel team, responsible for adding a patented memory protection mechanism to the VxWorks RTOS without sacrificing performance or determinism. He began his career as a software development engineer at Racal Radar Defence Systems, where he worked on a number of electronic warfare systems for deployment with the Royal Navy, from initial design through acceptance, including factory and harbor tests and sea trials.

John is a chartered engineer and member of the Institution of Engineering and Technology. He holds a bachelor’s degree with honors in Computer Systems Engineering from the University of Kent.