Consumers are reliant on both Wi-Fi and cellular, rendering the “competing networks” mentality outdated. In the smartphone era the ability to connect to the mobile network is simply one of a number of important underlying enablers required of the device and — judged in terms of time spent connected — it may not even be first among equals. What end users need is a service tailored to their movements and habits, and that has to be based upon a blend of cellular and Wi-Fi.

Cellular and WiFi have been side by side in the smartphone for years, vastly improving device utility and user experience. Today it is the service that lags the device, with many operators apparently unwilling or unable to provide managed connectivity tailored to the capabilities of the smartphone, or to the patterns of user behavior those capabilities have spawned.

Bezeq, Israel’s telecommunications provider is encouraging customers to ‘take their home wherever they go,’ by providing them with high quality, cost-efficient access to their favorite content and services throughout Israel, and while travelling internationally. The campaign relies on a Devicescape-powered connectivity proposition which integrates public and private Wi-Fi into a single service, positioned by Bezeq as a key strategic differentiator.

Bezeq lines up Devicescape as part of a concerted WiFi push

The Bezek deal is the latest in a long line: late last year Devicescape built on its steady announcement flow by hooking up with BandwidthX a ‘Wi-Fi capacity marketplace provider’ - which said its members were looking to buy into Devicescape’s ‘curated virtual network’ access on a dynamic pricing basis so they could boost available WiFi capacity as and when they needed it. Just previous to that it announced a deal with WiFi hotspot aggregator, iPass and then earlier this year it announced that it had done a deal with cable giant Liberty Global, which had signed up to “deploy the Devicescape solution across its European mobile footprint,” joining its subsidiary UK cable outfit, Virgin Media, which took the service on in 2014.

US-based Devicescape has announced that its solution will be used to underpin a ‘major, connectivity-focused customer experience initiative’ being launched this month by Israeli fixed line incumbent Bezeq. The telco plans to encourage its subscribers to ‘take their home wherever they go’ as part of a marketing plan, with the campaign to rely on a Devicescape-powered connectivity proposition which integrates public and private Wi-Fi into a single service.

Israeli operator Bezeq has struck a deal to utilise Devicescape’s Wifi technology to enhance its strategic domestic and international connectivity offering this month. The news follows the deal struck between Devicescape and Liberty Global last month, and builds on the recognition that network providers are showing towards a need for reliable public wifi.

Devicescape announced that its solution underpins a major connectivity-focused customer experience initiative being launched this month by Israeli operator Bezeq. The operator is encouraging customers to 'take their home wherever they go,' by providing them with access to their favorite content and services throughout Israel, and while travelling internationally.

“By partnering with Devicescape we are able to deliver a standout customer experience by providing seamless Wi-Fi connectivity at millions of locations locally and globally, at home or on the go, which we believe is part of our promise to enable a worry-free connected life, wherever they are,” said Gil Rosen, Chief Marketing and Innovation Officer at Bezeq.

Lowe’s, Macy’s are best when it comes to retail Wi-Fi

The best retail Wi-Fi can be found at restaurant chains and fast food outlets, according to a new survey from engagement network Popwifi. Topping the list are restaurant chains BJ’s and Olive Garden, according to an announcement. Yet some big retail players are doing exceptionally well in providing customers free Wi-Fi as well, including Macy's, Lowe's and Michael's. The three placed in the top five of the ranking. 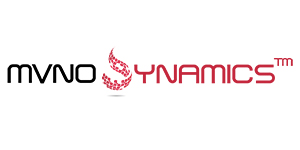 Android and iOS customers will benefit from automated connectivity to Devicescape’s Curated Virtual Network of freely shared amenity Wi-Fi, which currently comprises more than 20 million access points worldwide. The Israeli market leader will also use Devicescape technology to manage customers’ connections and quality of experience across all Wi-Fi, including its nationwide homespot network of more than 600,000 access points.

WiFi availability is nearing ubiquity across all retail sectors, representing a significant opportunity for brands, with merchants such as Whole Foods, Kohl’s and Walmart leading the way in terms of time spent connected, according to a Popwifi report coming out on March 31.

The report, Making Connections: Wi-Fi in the U.S. Retail Sector, found that 11 of the top 20 brands offering quality free Wi-Fi are restaurants or fast food outlets, with BJ’s and Olive Garden topping the list. Additionally, smartphone users in the United States consume more data per minute at Starbucks than at any other brand surveyed.

Mobile and cablecos vie to use WiFi most effectively

The more ubiquitous and carrier-class public WiFi becomes, the more the battle heats up between mobile operators and their non-cellular challengers, to see which can harness WiFi more effectively.

Liberty Global, the largest international cable company will be deploying Devicescape’s solution across its European mobile footprint. The agreement between Devicescape and Liberty Global builds on a successful implementation of the Devicescape solution by Virgin Media, Liberty Global’s UK operation, announced in February 2014.

Liberty Global has deployed Devicescape’s Curated Virtual Network (CVN) to support its mobile operations across Europe. "Wifi is essential to our mobile strategy, boosting coverage and capacity — particularly indoors — while driving economic efficiencies which we can pass on to our customers," said Graeme Oxby, MD, European mobile operations, Liberty Global. "By combining Wifi and cellular as we are able to with the Devicescape solution, we are also delivering a significant improvement to the customer experience."

Liberty Global has deployed Devicescape’s Curated Virtual Network (CVN) to support its mobile operations across Europe. The solution is said to enable Liberty Global to enhance its customers’ smartphone connectivity through automated access to Devicescape’s CVN of Wifi access points.

Liberty Global is tapping wireless technology specialist Devicescape for technology that could make it easier for its mobile customers to access the web on the go through WiFi networks. The deal will provide Liberty Global smartphone customers with access to Devicescape’s ‘curated virtual network’ (CVN) of public WiFi points.