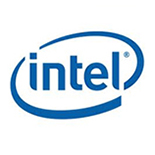 Devicescape’s Curated Spot Check team recently visited Prague to perform an on-the-ground Wi-Fi assessment in the Czech Republic. Since the fall of the Iron Curtain, Prague has become a premier tourist destination, and it’s easy to see why. Not only is it one of Europe’s most beautiful cities with a preserved historic town center and splendid architecture, but it hosts a diverse set of music venues, museums, monuments, and other cultural attractions.  It also features no shortage of accessible amenity Wi-Fi.

Our team assessed Wi-Fi availability, attitudes, and quality throughout the city—at large hospitality chains, and at small independent businesses.  We also spot-checked an overwhelming number of tourist attractions such as the Prague Castle, the Municipal House, and the Old Town Square, which features the 1410-installed Astronomical Clock.  Here are some of the highlights from our assessment:

While lagging in the retail sector, Prague’s Wi-Fi environment abounds with simple and easy to access public Wi-fi, which makes it a more advanced and consumer friendly capital than its European tourist-heavy peers London, Paris, Madrid, Rome, and Berlin.

See you at the next Curated Spot Check.