Campaign Type: In-Store and Nearby

A prominent UK food brand needed to promote a time-limited multi-buy discount offer at a number of stores operated by one of the UK’s leading supermarket chains.

The brand was keen to engage consumers within the stores, but also wanted to reach consumers at certain other neighbourhood locations, in a bid to stimulate foot traffic.

The standard Devicescape Engage campaign configuration was used to deliver notifications to users as they entered the selected supermarkets.

An Engage Nearby campaign targeted consumers at key locations within a specific radius of the target stores, including coffee shops, malls, and transport networks.

The same message text was used for both elements of the campaign, communicating the product offer, price, and availability in-store.

Consumers received either the Nearby or the in-store message, not both.

The campaign ran for six days in October 2017

The Nearby element of the campaign delivered an extremely strong performance, with a CTR of 9%.

Impressive as this was, the in-store element of the campaign performed almost twice as well — delivering an engagement rate of 16% 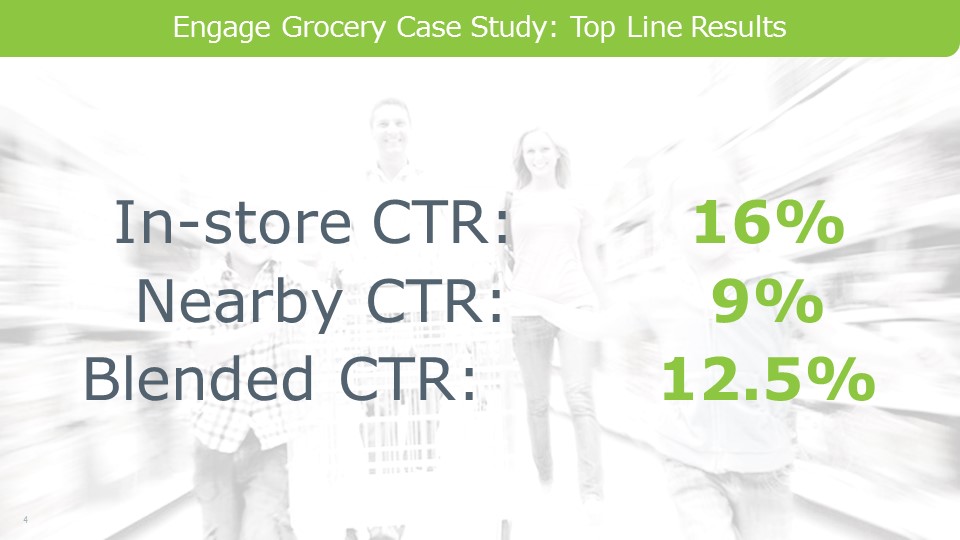 Devicescape Engage notifications are ‘persistent’. This means that, unlike Bluetooth Beacon notifications, they do not disappear from the device as the consumer moves out of the location where the message was received.

For the in-store element of this campaign, two thirds of engagement happened while the message recipient was still in the location, giving the brand enormous scope to influence purchasing decisions. 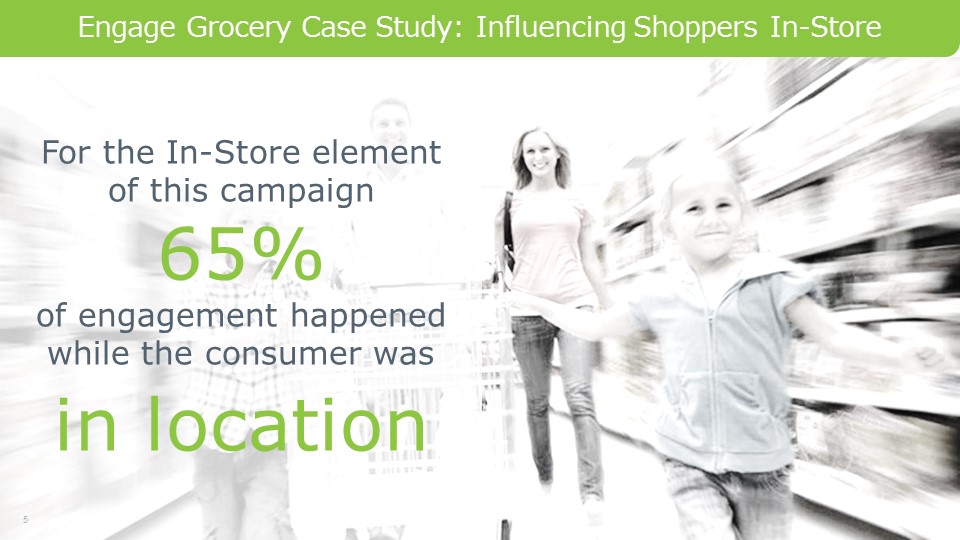 Because Devicescape has a unique insight into footfall at campaign locations, we are able to measure the volume of consumers who receive a Nearby campaign notification and subsequently visit the target location.

For this campaign, 3.5% of consumers who received the Nearby campaign notification subsequently visited a target store within 2 hours, while 6.3% visited within 48 hours.

And when notifications were received closer to the stores, performance improved dramatically. 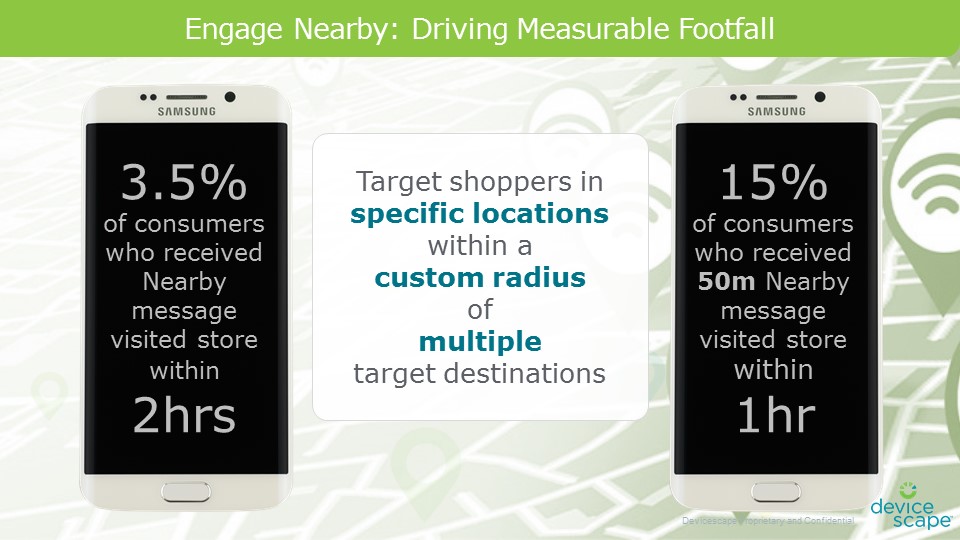